The interest in whales and underwater life began in the one year old room when we explored the overhead projector  and plastic whale toys.  Children were overcome by the additional whale sounds created in play, by the educators. They soon began joining in themselves, and adding key words like “whale” and “fish” to their conversations.

As the weeks progressed, children continued talking about whales and asking to read books that included whales and fish.

Soon, more in depth projection play was set up and documented.

Before the Thanksgiving Break, the educators decided to further their investigation in the spirit of the holiday.  we would have… A WHALE PARADE!   The children chose a killer whale, narwhal, and a blue whale to be depicted and quickly got to work painting the giant paper whale puppets. 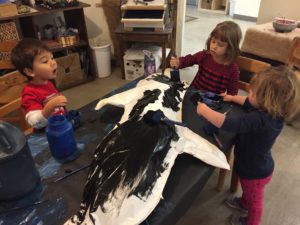 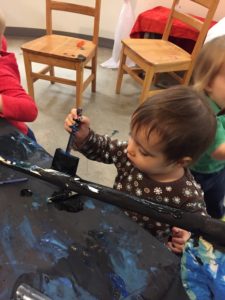 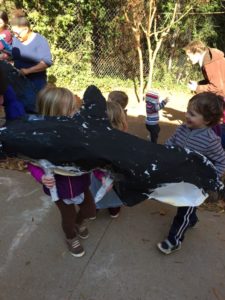 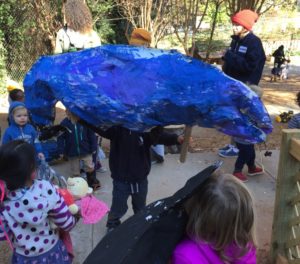 Proceeding thanksgiving break, the one year old class continued to explore fish through video projection accompanied by designing with loose parts and painting. 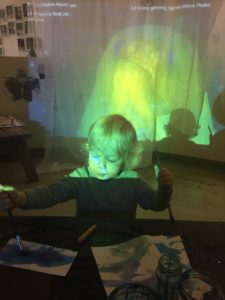 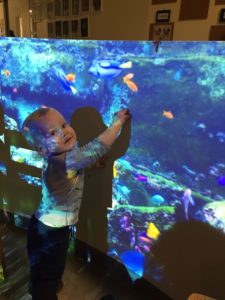 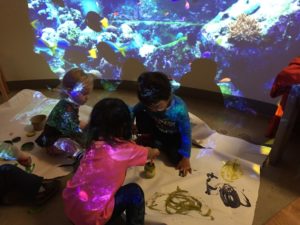 As educators brainstormed,  thinking about how to further this interest, we came upon a way to introduce a real fish to the class!  We could do this by working in an ancient Japanese printmaking method call Gyotaku or Fish Printing. 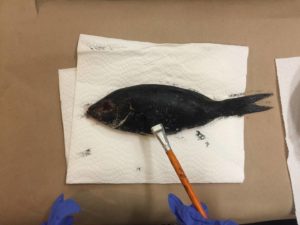 At first sight the children seemed hesitant to get too close to the fish but once acquainted they became excited to get a closer look and feel.

“Thank you Fish!” was a phrase that was chanted before beginning this process to show respect and gratitude. 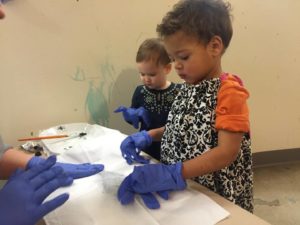 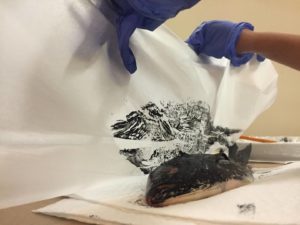 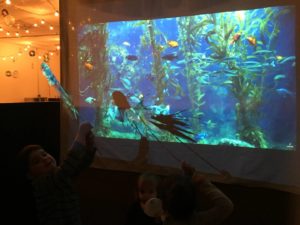 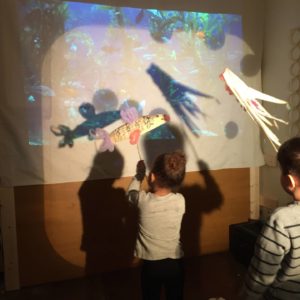