Want to take a virtual tour of the Willow School?  Click here! 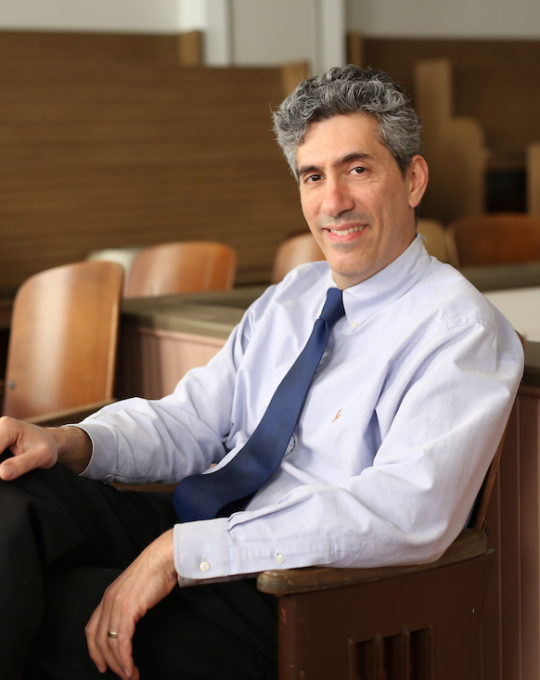 “I wanted a vocal coach because I had absolutely no confidence in my singing voice. I do both jazz and voice, but I did only voice for roughly the first year.  Mr. Cole is very good at explaining things, better than most of or all of my teachers at school. This is a feat especially in the context of jazz, which includes very confusing and strange content, or voice, which (since you can’t see or hold it), is hard to describe. He is patient and encouraging as well. At the end of most lessons I ask him unrelated questions, usually about some strange compositional device, and he typically answers it well, completely off the cuff.  The results I’ve seen are day and night, honestly. My singing voice has improved tremendously, and I now sing confidently with my band. My piano skills also shot through the roof from where they were. Before I started lessons, I could only play written music on piano, but now I can improvise confidently while playing improvised basslines or playing chords underneath my solos.”  Harrison H.

The Director of Willow Music, Adam Cole is a pianist, composer and conductor who has worked professionally in Atlanta since 1991.

A graduate of Oberlin College and Georgia State University, he is the author of numerous books on jazz and classical piano and vocal instruction.  A former Choral Director with Atlanta and Fulton County Schools, he has worked as a Project Manager for the Georgia Department of Education to develop Georgia’s Standards for Music Instruction. In addition, Adam earned his Guild Certification in the Feldenkrais Method in 2000.  To learn more about Adam, please visit www.acole.net

“In my professional capacity, I routinely observe instruction in settings across the country. I can say with confidence that Adam is one of the best teachers I have ever observed! Adam creates an environment where it is safe to fail, while holding high expectations for quality. He gives clear and precise feedback that helps our son correct his mistakes, but in a way that never puts him on the defensive. Adam expects honesty from his students about how much they practice, but gives advice about the power of discipline and commitment without ever seeming to judge. We have seen our son grow tremendously under Adam’s guidance and look forward to much more beautiful music!” Doannie T. 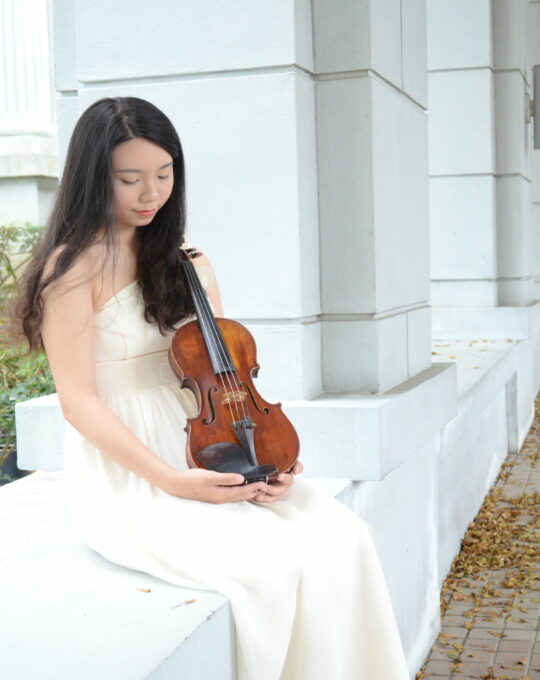 Annie Hsu began playing the violin and piano at the age of five, and won three violin competitions in New Taipei, Taiwan when she was in elementary school. Annie began teaching violin, piano, and music theory when she was 18 years old.  She received her Bachelor’s degree in Soochow University.  She is currently studying for a Master’s Degree in Orchestral Performance at Georgia State University.  She has recently won the Brumby Concerto Competition in 2021 for her performance of Tchaikovsky’s Violin Concerto. She has attended numerous summer music festivals including Walnut Hill Music Festival in Boston, Summit Music Festival in New York, Salzburg Music Festival in Germany, and Enlightenment Music Festival in Taiwan. 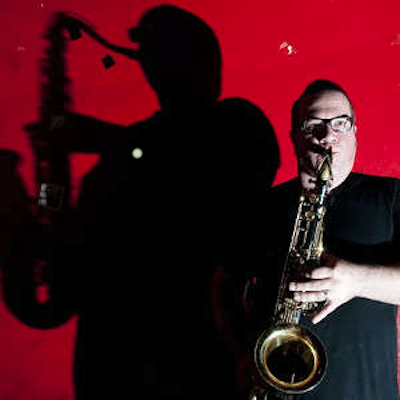 Ben has been active on the Atlanta music scene for the past 25 years as a freelance woodwind performer and teacher. He has worked with independent artists The Black Lips, Prefuse 73, Washed Out and Curtis Harding among many others and has appeared on over 50 albums. He currently is a member of Ruby Velle and the Soulphonics, West End Motel, Edgewood Saxophone Trio, The Purkinje Shift and Diamond Street Players. He is also an experianced woodwind and brass repair technician. 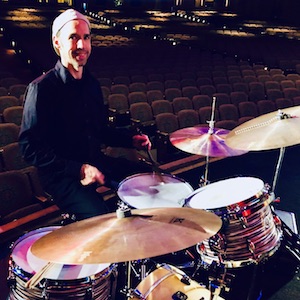 Brian Baraszu
Drums, Feldenkrais
Deanne L.
Brian was a very caring mentor to my son for close to four years. When he had to audition to get into a magnet high school for music, Brian took the extra time to go over the assigned pieces to ensure my son did well. He got into a very good school as a result of Brian’s individual coaching, encouragement and mentoring.

Brian has been teaching my daughter drums since Sep 2017…It takes patience and passion for what you love doing to be able to teach someone. Brian is a phenomenal teacher and he puts a lot of effort in what he does.
Read more about what our students are saying!

Brian grew up in Michigan, just outside of Detroit, and moved to Atlanta in 2010. He has been playing drums for over 30 years, beginning at age 11, after a few years at the piano. He gravitated more toward the hard rock sounds of AC/DC and Led Zeppelin, but after seeing “The Blues Brothers” movie he became enamored with Blues, Motown, Soul and R&B. It was his private teachers who turned him on to jazz, Latin, and world music in his mid teens. And at 16 he was playing professional gigs, subbing for teachers and appearing with various groups in and around Detroit.

After high school, Brian attended the University of North Texas where he studied drum set and percussion. He took an opportunity to study abroad in Ghana during the summer of 1993, and in fall of that year, he secured a scholarship and led the university’s West African Dance and Drum Ensemble.

Later into his studies at UNT he developed tenosynovitis, an inflammatory condition in his hands, and had to take a long break from playing. Uncertain about a professional career as a musician, he instead focused on healing and self-improvement. He eventually discovered the Feldenkrais Method which dramatically changed his approach in how to develop greater awareness, skill and finesse as a player and teacher of the drums.

Brian’s teaching philosophy centers on guiding students toward their own interests while introducing key concepts and fundamentals of drums and music. He loves to work with kids and adults of all ages. Currently, he plays professionally in Atlanta primarily with his brother’s jazz group, the Dan Baraszu Trio. 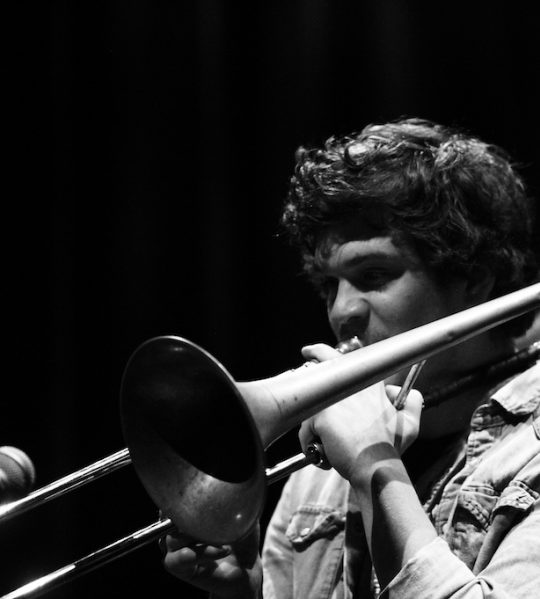 Daniel Wytanis is an Atlanta based trombonist and musician notably performing and creating music with a wide range of artists over the past decade. Daniel’s broad spectrum of genres is reflected through his experiences sharing the stage and recording with names such as Col. Bruce Hampton, Atlanta Funk Society, Rhonda Thomas, Kevin Scott, Saunders Sermons, and most recently, the rhythm funk band, Ghost-Note led by Robert “Sput” Searight and Nathaniel Werth of Snarky Puppy.

In 2015, Daniel founded Grut, alongside Patrick Arthur (guitar), Brandon Boone (bass), Morgan Guerin (drums), and Avys Burroughs (saxophone). Daniel plays trombone and synthesizers in this project. Grut released their second album, Side Room Stories, in 2018 and has toured the U.S following the release.

In 2019, Daniel worked alongside NASA Goddard Center to develop original music for the release of the Podcast, “NASA Explorers: Apollo” to commemorate the 50th anniversaty of the historic moon landing. The podcast gained national attention, drawing listeners from all over the world and securing a second season scheduled to be released in 2021.

Daniel has spent the last several years of his career teaching brass, piano, music theory, and production across the metro Atlanta area. He has taught a wide range of students both in age and skill. Daniel firmly believes in developing his students’ ability to create their own authentic sound and style. 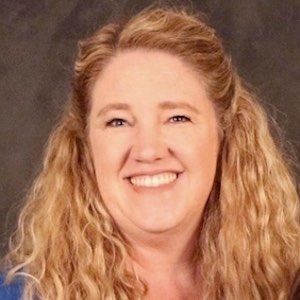 “Ms.Heuermann is an excellent teacher, and I look forward to our classes every week. Before I took her class, I had pretty bad stage fright, I could sing on stage, but not without anxiety. Now, I get on stage ready and confident to sing. She’s really kind, patient, and is always willing to help.”  Kate D.

“This is the second semester I have been taking voice lessons with Ms. Shannon, and I love working with her! She is very nice and is always smiling and happy to see me at every lesson. She has a lot of energy and positivity! She pays attention to what types of songs I like and picks ones I would like to work on.  I really like how she helps me understand how songs are supposed to be sung. Since I’ve been working with her, I know that I can sing much better than I used to.”  Phoebe R.

Shannon is a singer and life long music educator. She has a degree in Music Education from the University of Georgia and teaching certificates in Music and Special Education.

Growing up in a musical household with two music-teacher parents, she had the blessing of good musical instruction at home. She has performed in choirs and as a soloist since childhood and began in community theater as a preteen. Shannon is passionate about making music fun and loves watching students use their talents and gain confidence.

Shannon enjoys sharing her passion for the voice with her students through the study of both classical music and musical theater. Shannon loves to incorporate a variety of musical styles in her lessons as the students build a foundation of proper vocal technique and music theory.